Bratislava, 25 February 2020 - The Hungarian Supreme Audit Office (HSAO) appreciated the significant contribution of Slovak auditors in connection with their active approach to the implementation of joint international audits not only within the Visegrad Group but also within the European community in audit institutions EUROSAI. At the same time, HSAO appreciated the active approach by the Slovak national authority in the international field in setting the methodology, procedures and principles of measuring value for money, assessing the principles of economy and efficiency in the management of public funds or property. 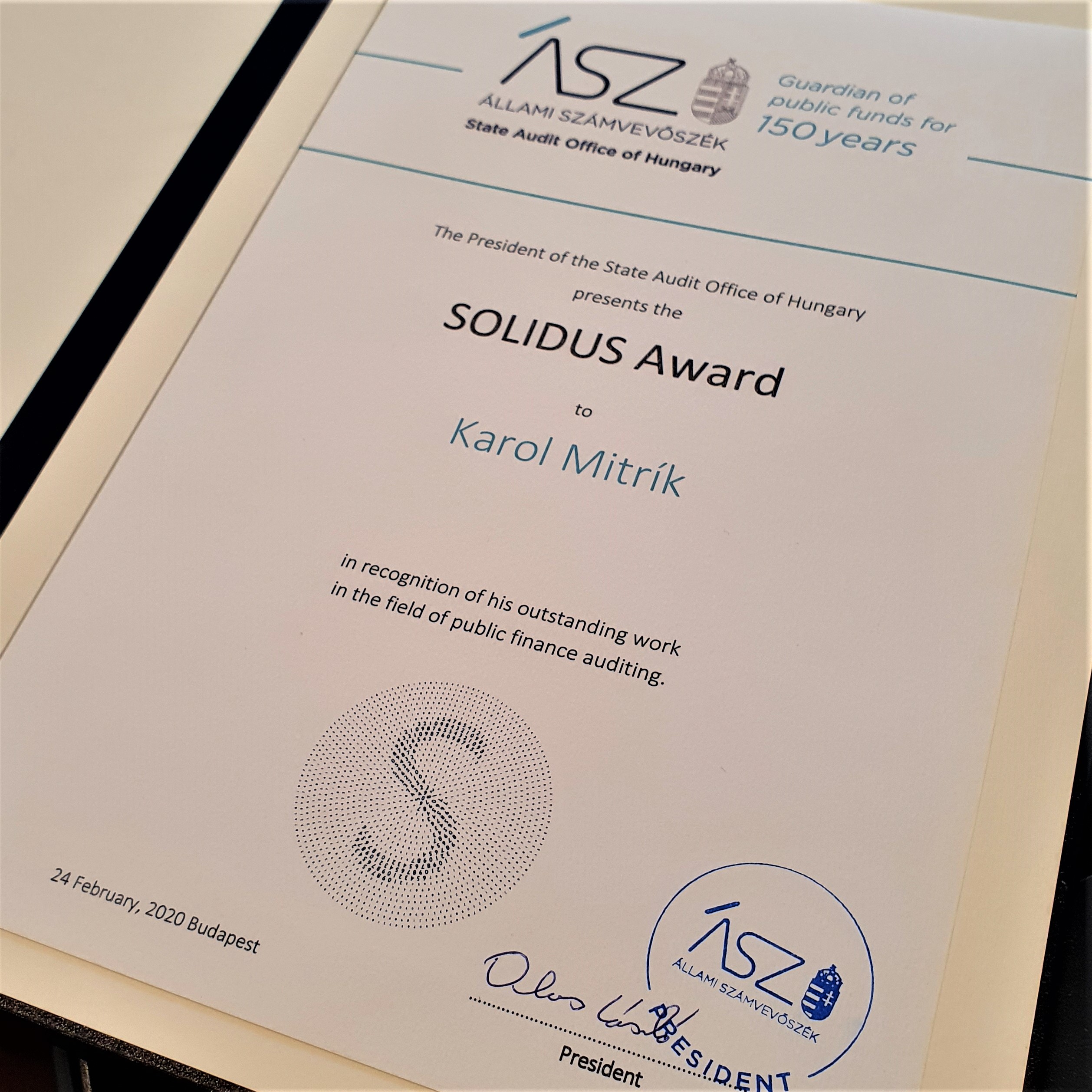 "However, it is also a very positive signal for all my colleagues, auditors, that we are on the right track doing a good job, the results of which are perceived beyond the borders of Slovakia," adds the head of Slovak auditors. 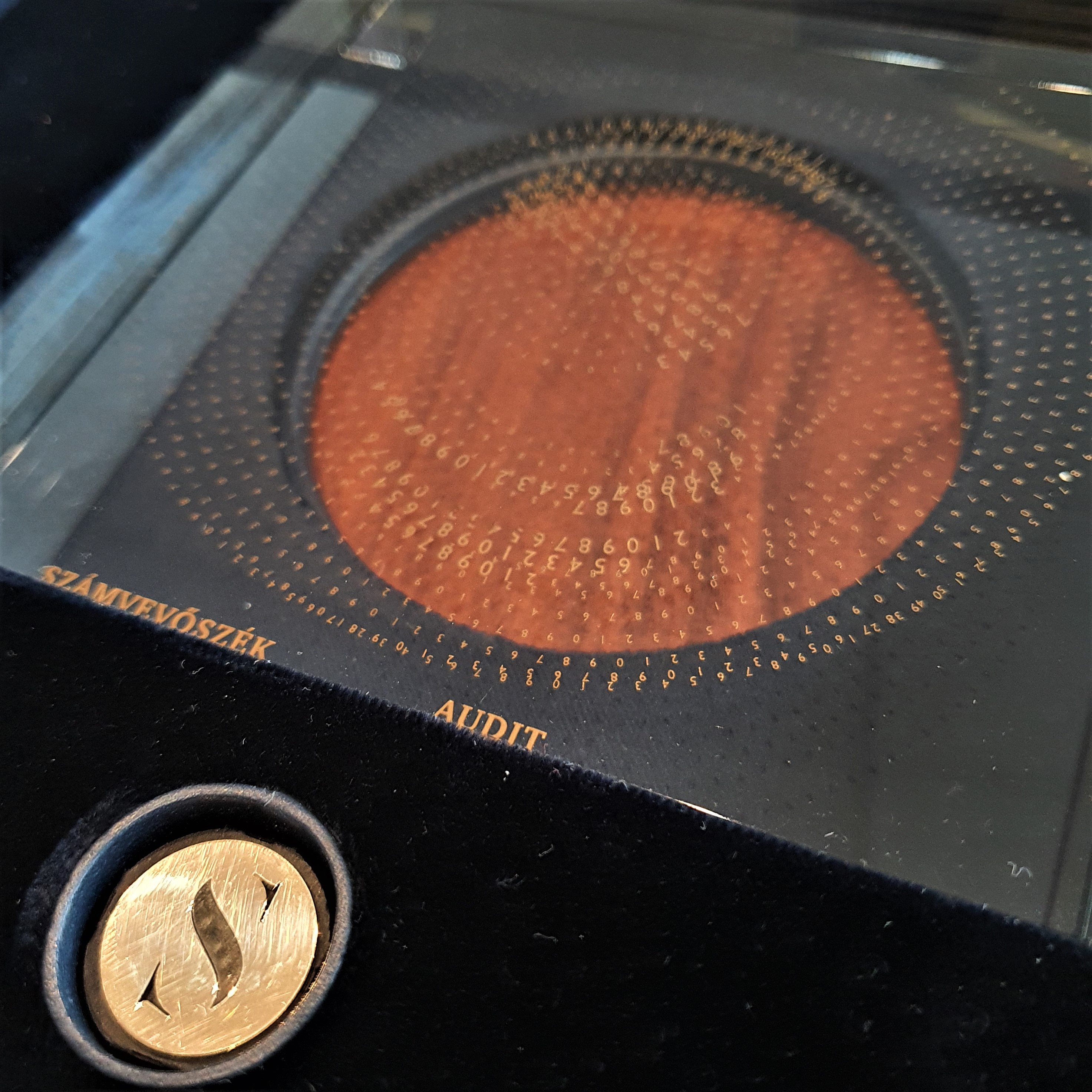 The Hungarian authority for external audit to personalities dedicates SOLIDUS AWARD on national or international stage. Its purpose is to point out the activities by the representative from the European audit institution, who plays a significant role in fulfilling the key mission of an independent audit institution in a democratic society. The name of the award is based on the Latin word solid and the golden Roman coin (SOLIDUS), used for more than eight centuries, was symbolically named in this way. This year, the award was presented on February 24 in Budapest.