THE CAPACITY BUILDING COMMITTEE IS THE INTOSAI ADVOCATE AND CUSTODIAN FOR SAI CAPACITY DEVELOPMENT.

CBC facilitates initiatives in support of SAIs and regions building their capacities and enhancing their capabilities.

In order for the CBC to fulfill this important role, the CBC is adding value to the capacity-building sphere of INTOSAI. The CBC will do this by:

CBC encourages the use of existing CBC guides, and continues to consider if/when such guides may need to be updated. Furthermore, the CBC aims to encourage and promote the use of regional guides and materials globally, in order to avoid duplication of efforts.  In order for this ambition to succeed, the CBC cooperates closely with the INTOSAI regions, as well as the PSC and the KSC.

Another initiative of the CBC is INTOSAI White paper (in collaboration with the INTOSAI’s Finance and Administration Committee and the Task Force on Strategic Planning) – on future options for the certification and professionalization of INTOSAI auditors. (For details see separate document named Professional Development in INTOSAI – white paper)

The key strategic goals approved at the CBC meeting in Stockholm 2014 related to:

These goals were to be incorporated as CBC’s input towards the INTOSAI Strategic Plan 2016 – 2021. 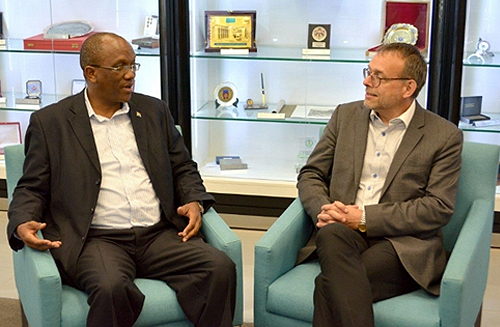 More about CBC on http://www.intosaicbc.org/

The CBC meeting in Stockholm 2015 was the highlight of the CBC 2015 calendar. The turnout exceeded organizers’ expectations, with representatives from all INTOSAI regions, all INTOSAI Goal Chairs, the IDI and the INTOSAI Donor-Chairs and Secretariat, the Director of Strategic Planning, the INTOSAI Journal and a number of important external stakeholders and development partners attending. The diversity of the group and the dedication of all participants to the common cause of SAI capacity building made the discussions creative and constructive.

The meeting was evidence that SAI can be an instrument of hope and restorer of public confidence, as conveyed by Auditor-General of Sierra Leone Lara Taylor-Pearce during the meeting.

Also the first formal Regional Forum on Capacity Development (RFCD) took place in Stockholm. This forum, in particular, invited the INTOSAI regions to support each other and to share knowledge and experiences in various capacity development areas, and consider what it takes for regional organisations to operate in a professional manner. Based on the Lima discussions, the regional forum will ensure that the CBC continues to focus on strategic regional issues, building on key regional capacity development issues identified during the CBC Lima meeting.

The CBC meeting in Stockholm took place just two weeks before the United Nations adopted the 2030 agenda for Sustainable Development:  Transforming our world and called the SAIs to consider the part that the INTOSAI auditors can play in the positive transformation of the world and, especially in building effective and accountable institutions at all levels. That created impetus for all task oriented SAIs and individuals.

The INTOSAI Capacity Building Committee meeting in Stockholm was attended by the Slovak delegation led by Igor Šulaj, the SAI of Slovakia Vice-President.

The meeting was chaired by the SAI of South Africa that leads CBC since 2013 and SAI of Sweden, the CBC Vice-Chair. The meeting deliberations included the matters of: 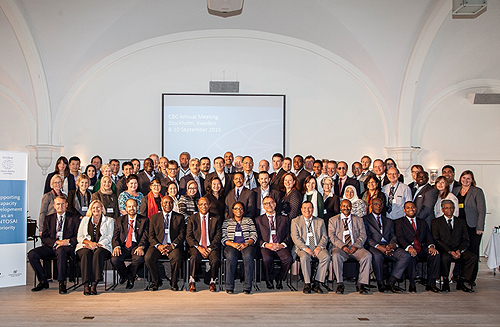 The Concept paper for the INTOSAI Capacity Building Committee – Strategic development 2014-2016 was presented  to the CBC wider community at the CBC Lima 2014 meeting.

INCOSAI recognised that the world of capacity building in INTOSAI has moved on substantially since 2004 when the committee was originally formed.

With a changing arena, INTOSAI’s capacity-building efforts need to focus less on the development of guidance, relying more on other INTOSAI  actors including the better-funded IDI and the regions. Primary areas of focus will be advocacy, coordination and facilitation within the INTOSAI community as well as in relation to donors and other external actors and stakeholders.

For more on CBC: