The date of 12 November 2020 has marked the 30th anniversary of the European Organization of Supreme Audit Institutions (EUROSAI), the youngest of the seven Regional Organizations of INTOSAI. The decision to establish the European organization was endorsed by the XIII INCOSAI in June 1989 after comprehensive preparations by the SAIs of Italy and Spain, and the Constitutive Conference was held in Madrid (Spain), in November 1990. To commemorate this special year, the Secretariat launched a special logo at the beginning of the year and additional initiatives are being carried out, such as the commemorative publication that is currently being prepared by the incoming Chair (SAI of the Czech Republic), together with the Secretariat.

Additionally, in the framework of the 52nd EUROSAI Governing Board meeting, which was held virtually, Mr Seyit Ahmet BAŞ, President of the SAI of Turkey and Chair of EUROSAI, informed the participants that a "Memorial Plantation Area" had been created in Ankara on the occasion of this 30th anniversary. In this area, a tree was planted for each EUROSAI member SAI, for the former Presidents of EUROSAI and for the EUROSAI Working Groups and Task Forces. Each tree has a name plate with the designation of the institution for which it was planted. This planting symbolizes the deep-rooted past of EUROSAI, its long-lasting cooperation and joint achievements.

More info on the eurosai.org. 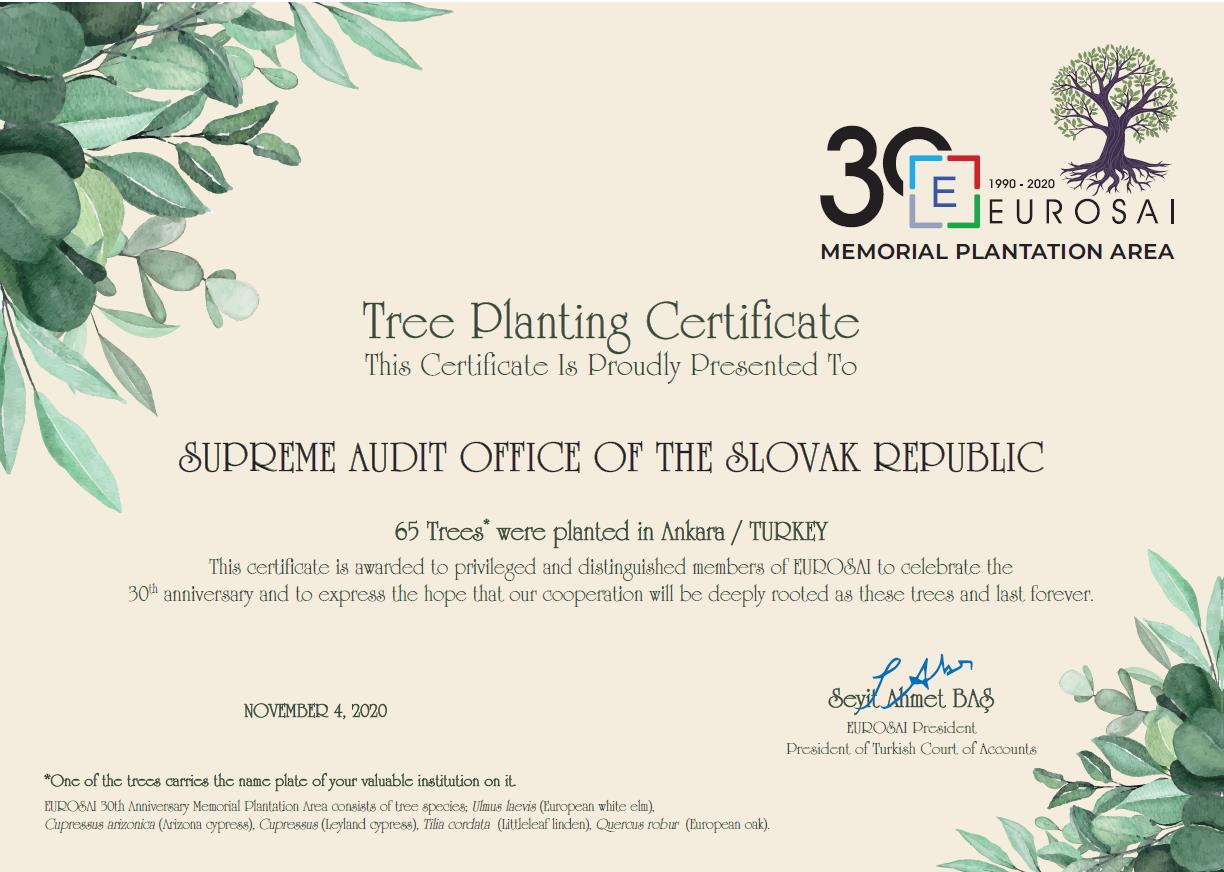